DHI continues to work with researchers to create an interactive experience regarding the Jewish experience in Nevis, West Indies. Charlestown’s Jewish cemetery represents is an important reminder of one of the region’s earliest Jewish communities. Settled in the early 1600s, Nevis’s early prosperity attracted many kinds of people. The Jewish community accounted for a considerable amount of the island’s population throughout the 17th century. 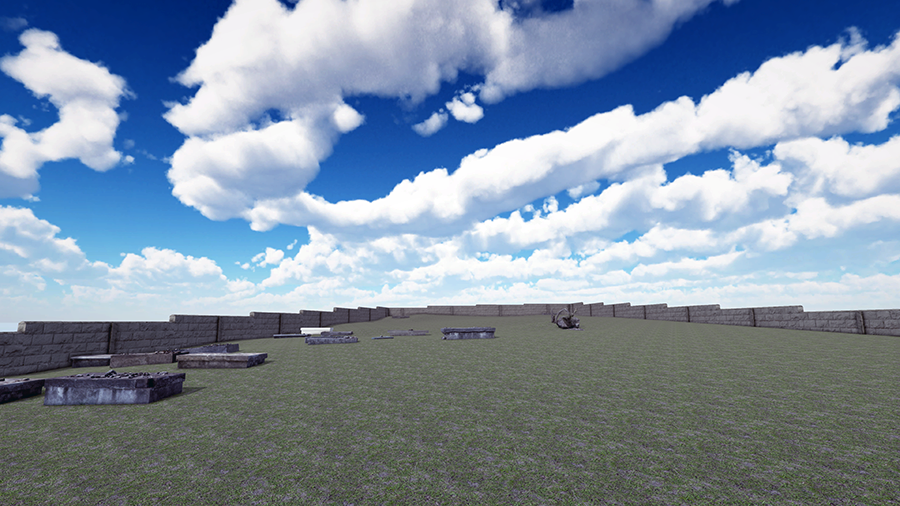 The navigable portion of the virtual world consists of the cemetery’s boundaries. Inside these walls users can explore each gravestone, zoom while looking at each stone for a closer look, and access interactive menus detailing the lives of those buried here. 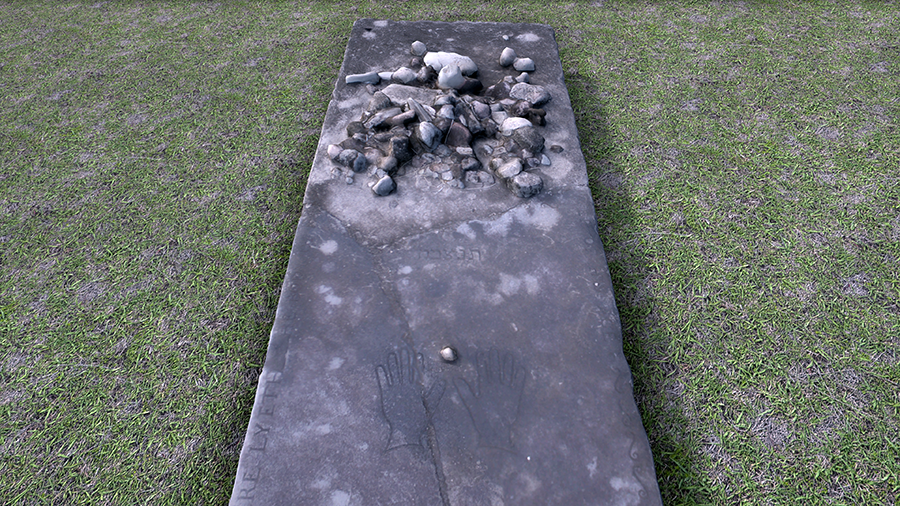 Close-up of grave 18 in the Charlestown Jewish Cemetery virtual world.

Each gravestone was digitally documented during the summer of 2015 using photogrammetry. These models were then modified in Blender (e.g., decimated, re-textured) before being imported into Unity 3D. The landscape is likewise an accurate model of the site’s surface created from a series of points recorded by a digital total station during fieldwork.

In addition to the virtual world, we are working with David Markus, PhD candidate in archaeology at the University of Florida to write a series of articles documenting our workflow. This includes creating a series of illustrations for each gravestone based on the photogrammetry work. These illustrations are rendered with Blender. 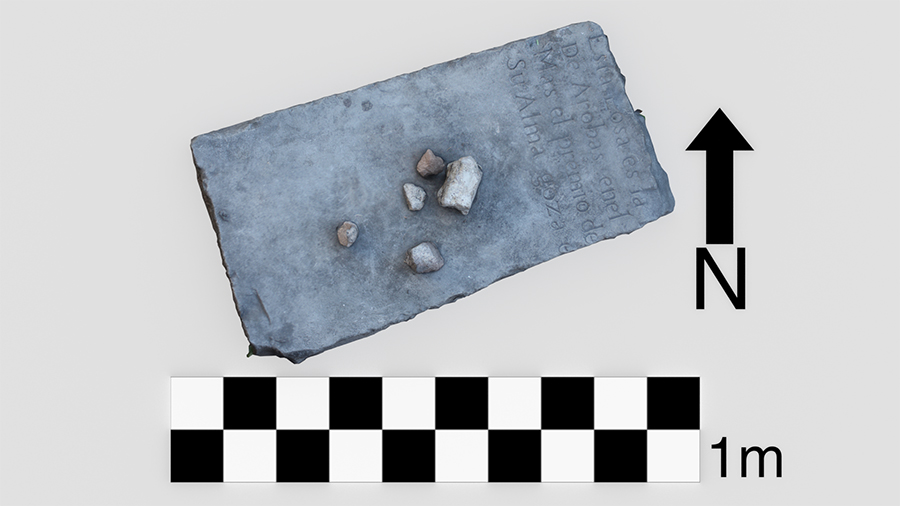 Illustration of Grave 11 at Charlestown Jewish Cemetery, the grave of a child.

Keep checking back regarding this exciting project. Until it is complete, feel free to check out our portfolio page regarding this project or the preliminary virtual world.