DHI worked with Dr. James Davidson from the University of Florida on relocating archaeological investigations from the 1980s at Fort Mose in Saint Augustine.

Fort Mose, short for Gracia Real de Santa Teresa de Mose, was chartered by the Spanish Governor of Florida in 1738. The settlement was created as a refuge for Africans fleeing slavery from the British colonies to the north. In exchange for converting to Catholicism, those who fled to Spanish Florida were granted their freedom. 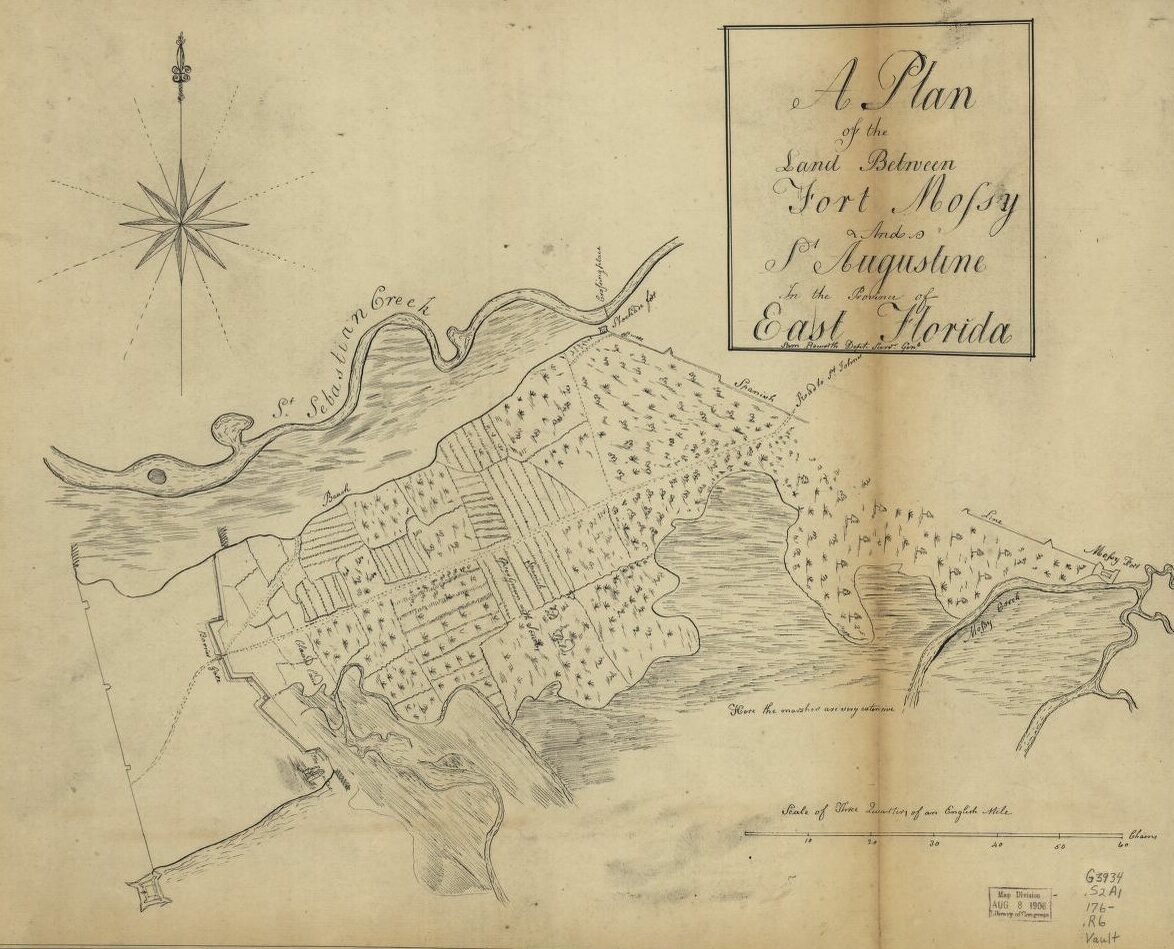 In 2019, Davidson began conducting archaeological excavations at Fort Mose – the first time since the site was excavated in the 1980s. Nearly 40 years between excavations in the marshy estuarine environment meant the landscape had changed significantly. Aligning the 1980s archaeological map and finding the locations of those excavations within a reasonable margin of error would require finding some permanent, identifiable features on the landscape suitable for correlating one point on one map with another.

DHI began by collecting, organizing, and digitizing historical data and maps. The 1980s archaeological map included shaded areas denoting elevation, vegetation and marsh, which corresponded with the LiDAR fairly closely. The confidence in the alignment was still low, given that there were no permanent fixtures or points of reference. We experimented with the LiDAR, creating contours at various intervals. One set of contours revealed small depressions that were not otherwise immediately visible on the LiDAR. We noticed they corresponded pretty closely with the 1980s excavation units, and with small adjustments to the alignment of the map, were able to confidently relocate them within a relatively small margin of error. 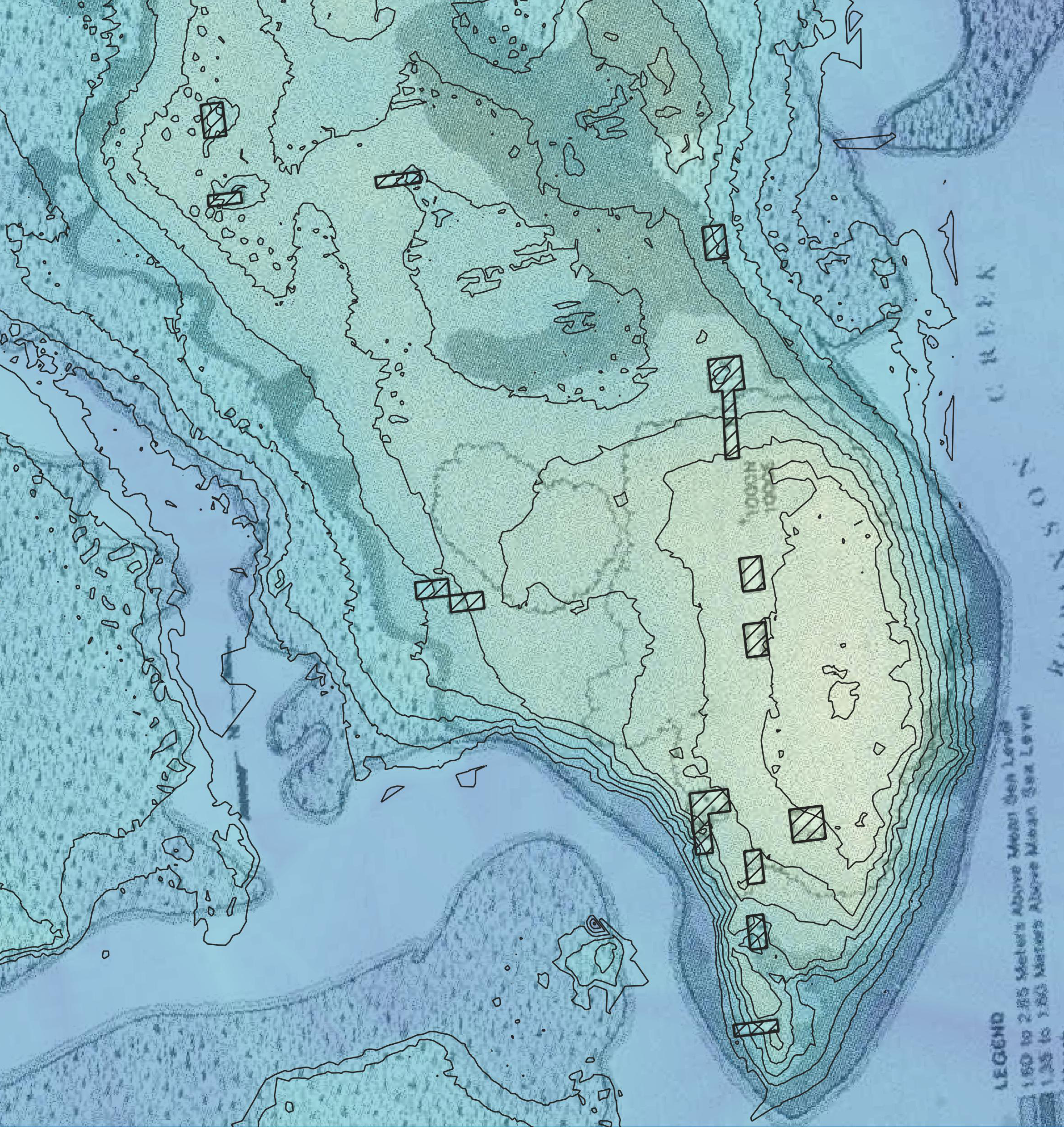