In March, 2017 DHI joined archaeologists from the Georgia Division of Natural Resources to assist in the digital documentation of tabby cabins on Ossabaw Island. Ossabaw is one of Georgia’s picturesque Sea Islands, and at 26,000 acres it is the third-largest barrier island in Georgia. This project consisted of an initial survey of several cabin remains associated with the Middle Place plantation. Middle Place plantation operated during the 18th and 19th centuries. It is part of a larger group of plantations originally owned by the Morel family. Middle Place has been inhabited by humans for thousands of years. This includes Native Americans, enslaved African Americans, post-Reconstruction freedmen, and many others. 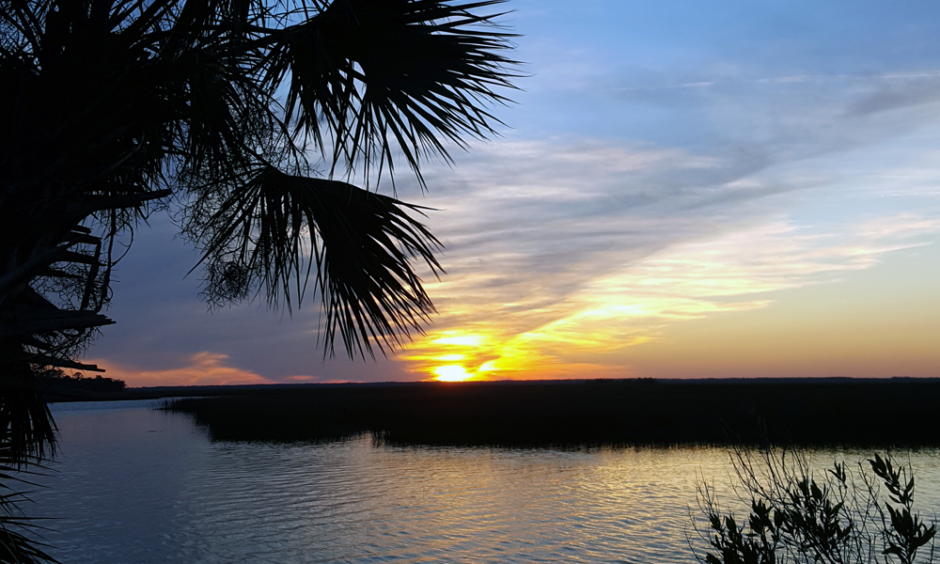 Did we mention that Ossabaw Island is picturesque?

Our worked focused on demonstrating the effectiveness of photogrammetry for digitally recording cultural heritage resources in situ, and particularly in remote and overgrown conditions. While numerous archaeologists and heritage workers have embraced photogrammetry, many of them do so as hobbyists. This is not a bad thing – in fact, it is a great example of democratizing technology to get everyone involved in heritage preservation – but a particular workflow is required to produce archive quality materials. To produce the highest quality digital record of heritage features – rivaling that of 3D laser scanning – an understanding of photogrammetry as a complex methodology is required. Such an understanding comes from years of experimentation with a specific technology, and aims to minimize fieldwork time while maximizing the quality of the digital product.

The finalized high quality models preserve a record of the remains at a specific moment in time. These models provide excellent information regarding the construction of the cabins. Individual layers are visible, highlighting the construction methods used to build the structures. Small imperfections in the remaining plaster, as well as notches used to support the roof, are clearly visible. Have a look for yourself below.

Note the detail inside and underneath the overhangs. This provides details regarding the deterioration of the tabby, a central preservation concern. The weathering of the tabby is clearly visible, and the fully textured model demonstrates how weathering deferentially affects the upper and lower portions of the wall. In regards to 3D laser scanning, photogrammetry offers a method for capturing data that laser scanning may miss due to the cumbersome units and time-consumiong nature of setting them up in multiple locations. Examine the model above, it would be difficult to get accurate scans underneath many of the overhangs created by the shells (again, this is a medium quality model, the high quality models have even greater detail). By taking photographs from the ground and angled upwards, it is a fairly simple process to capture these details.

We also spent some time recording other features on the island, such as this mile marker.

In addition to the above work, we undertook several drone flights around the island, allowing us to better contextualize the remains we documented. We used one of the flights to document a preserved tabby cabin from the North End plantation. This is a fascinating resource that was inhabited until the 1980s! You can view this model below. Again, this is a lower quality model to facilitate quicker delivery online. These and other models will prove useful for scientific analysis (e.g., measurements) and public outreach.