Virtual world environments (VWE) are a great way of bringing the past to life. One of the first projects DHI undertook was with the Middlesex County Cultural Commission and Crossroads of the American Revolution, New Jersey. This project focuses on the 3D reconstruction of Raritan Landing, located in Piscataway, New Jersey. Raritan Landing is an important Revolutionary War site that was once home to a bustling business center. During its heyday, imports arrived from Europe and the Caribbean, while exports were loaded onto ship and sent to locations around the world. Our output for this project was a VWE loaded onto a kiosk at the East Jersey Old Town Village museum. We continue to hear that this exhibit 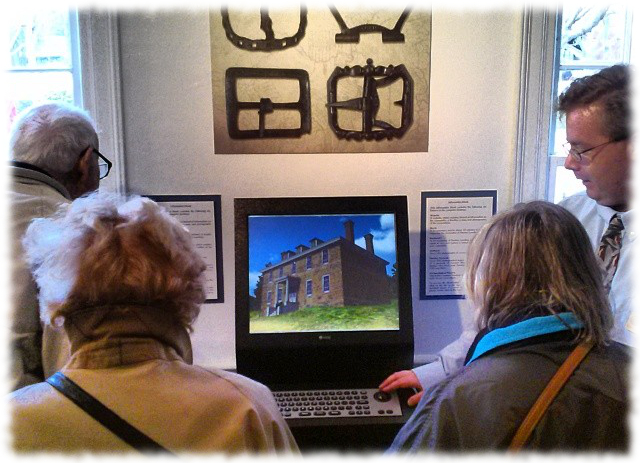 This virtual reconstruction is based on evidence gathered via archaeology, historical research, and architectural history. Historical research provides information regarding the location of structure, which archaeology further refines. One structure dating to the occupation of the site, the Cornelius Low House remains and today houses the Middlesex County Museum.. The entire area of Raritan Landing was the subject of intense archaeological study in the late 1990s and early 2000s.

Architectural history in the form of HABS/HAER drawings were crucial for reconstructing the Cornelius Low house.

The initial version of the VWE only featured two completed buildings, the Cornelius Low house and warehouse. Other buildings were represented by nondescript blocks on the landscape.

Further updates were undertaken in 2017, partly due to the positive reception of the VWE by the public. We continue to work closely with the Middlesex County Cultural Commission to update this VWE. The image below represents an updated version, with all additional buildings fully modeled and included in the VWE. 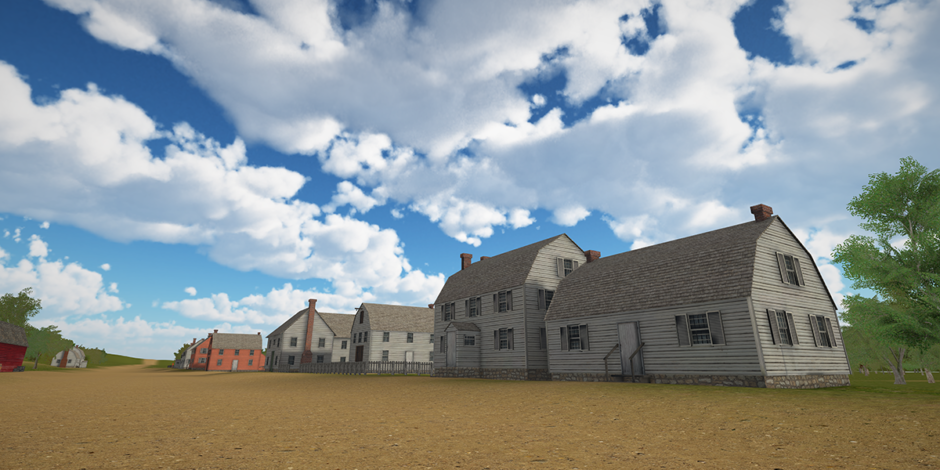