The demo virtual world of John Jarvie Ranch is now available. This project is a collaboration between DHI in partnership with the Vernal Field Office of the Bureau of Land Management and the Utah Division of State History, and this page is based on our recent poster presented at the 2019 Society for Historical Archaeology meetings in Boston.

Note: The standalone is built for Windows PCs

The following text and images are from our poster presented at the 2019 SHA conference in Boston.

John Jarvie Ranch: A Test Case for the Future of Public Interpretation

In 2019, the Vernal Field Office of the Bureau of Land Management (BLM) facilitated an innovative project at the John Jarvie Historic Ranch in Daggett County, Utah in partnership with the Utah Division of State History.The project began with a formal cataloging of site artifacts and the development of an educational curriculum for the 130-year old ranch fulfilling Utah, Colorado, and Wyoming teaching standards. Additional efforts center on using the Ranch as a test case for exploring digital technologies to support BLM outreach activities.

A native of Scotland, John Jarvie established his ranch along the Green River in northeastern Utah by 1880. Given the remote location, Jarvie’s Ranch became a center of trade for the region, served as a post office locale until 1887, and reportedly boasted numerous visits by outlaws such as Butch Cassidy. Jarvie was murdered in 1909 during a robbery of his store, and the property transferred several times before the Nature Conservancy acquired it in 1978. It was subsequently sold to the BLM in 1981. Today, the Ranch is actively managed by the BLM as a living historic museum with hundreds of tourists each year making the long trek to see this picturesque locale.

Beyond inventorying the physical artifacts for the BLM, State History staff selected 30 objects that relate to the interpretive history of the Ranch for photogrammetry rendering. 3D rendered objects range from Jarvie’s boots to letters, to the steel safe that robbers murdered Jarvie to steal.

The exploration of digital technologies at John Jarvie Ranch focus on the creation of a spatially accurate digital landscape. This landscape literally serves as the foundation for many of the project's public outreach goals. Using UAV imagery to create a 3D landscape via photogrammetry.

Initial digital documentation of the landscape was undertaken with the use of unmanned aerial vehicles (UAVs). A DJI UAV was used to collect thousands of images of the site and processed with Agisoft's Metashape sofware, resulting in a georeferenced 3D object and point cloud.

In addition to creating 3D models and orthomosaics (georeferenced aerial images), the photogrammetry program Metashape can export data as LiDAR-formatted point clouds. Additional processing occurred in GIS and 3D modeling software. QGIS and LASTools were used to extract points representing the ground surface. These points were then exported to Blender, where a 3D surface was created and modified prior to construction of a virtual world. 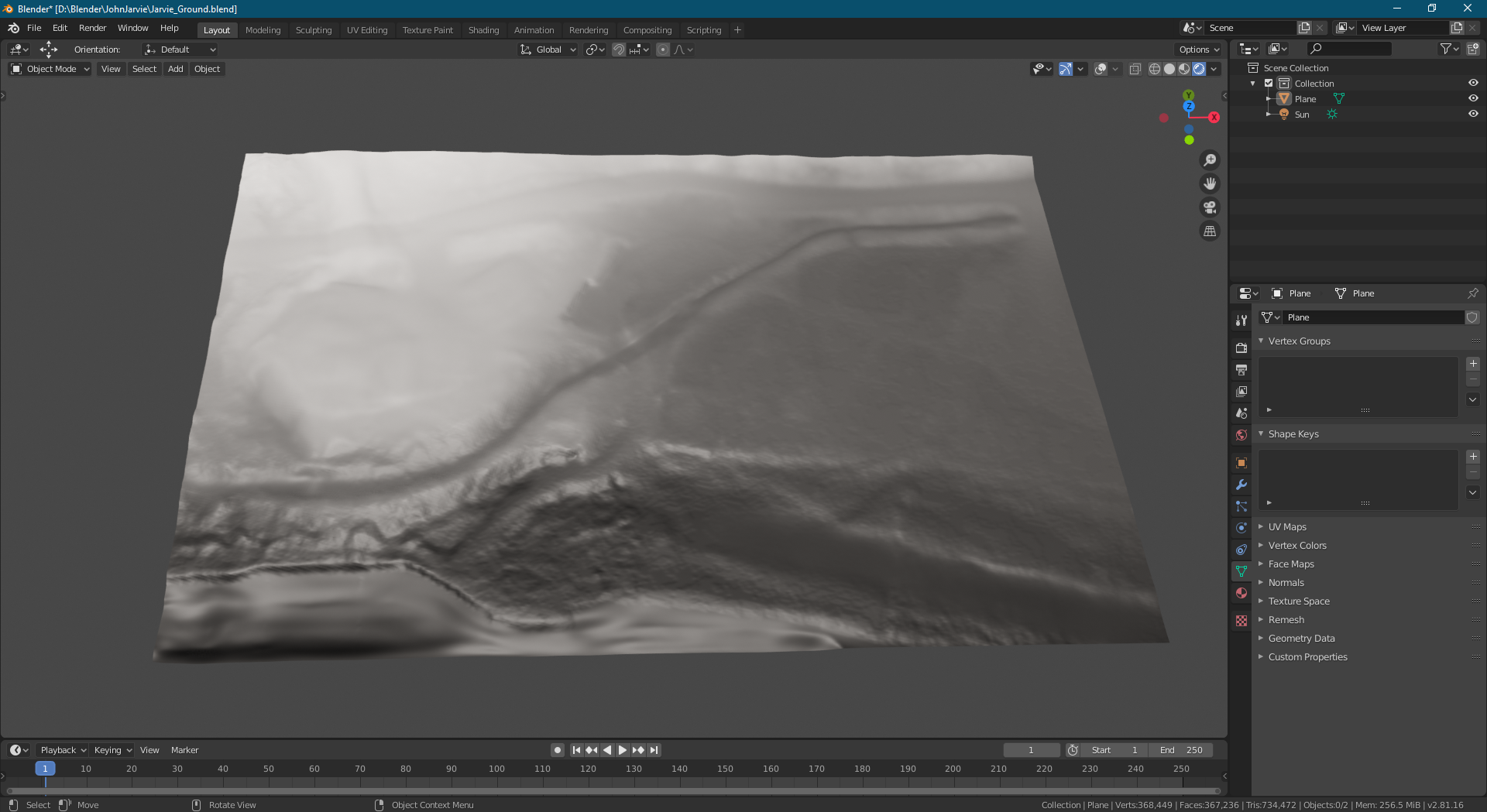 One additional step was required to use the digital landscape as the foundation for a virtual world. The local, UAV and photogrammetry-dervied 3D landscape model was combined with a larger, LiDAR-based region. 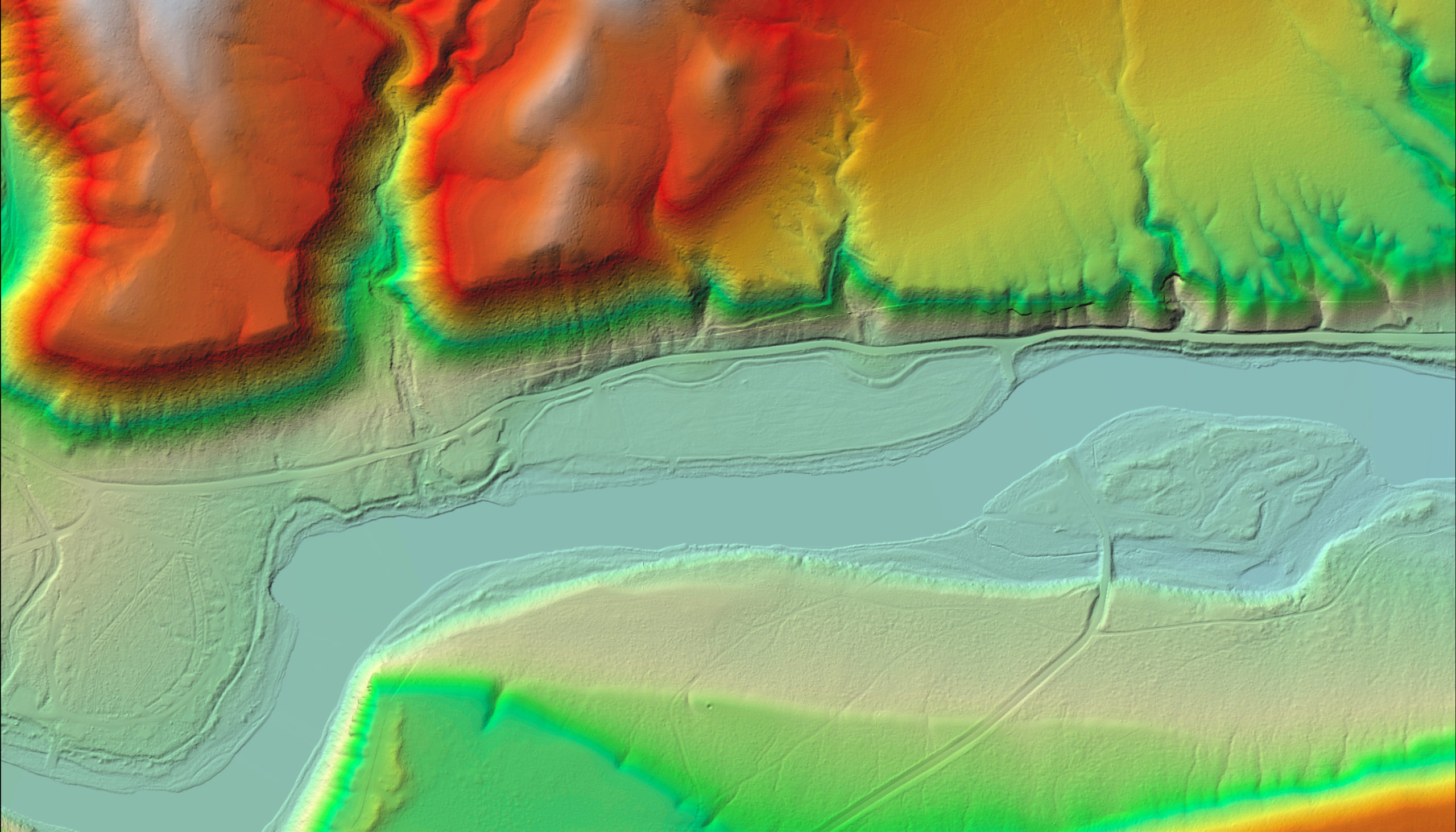 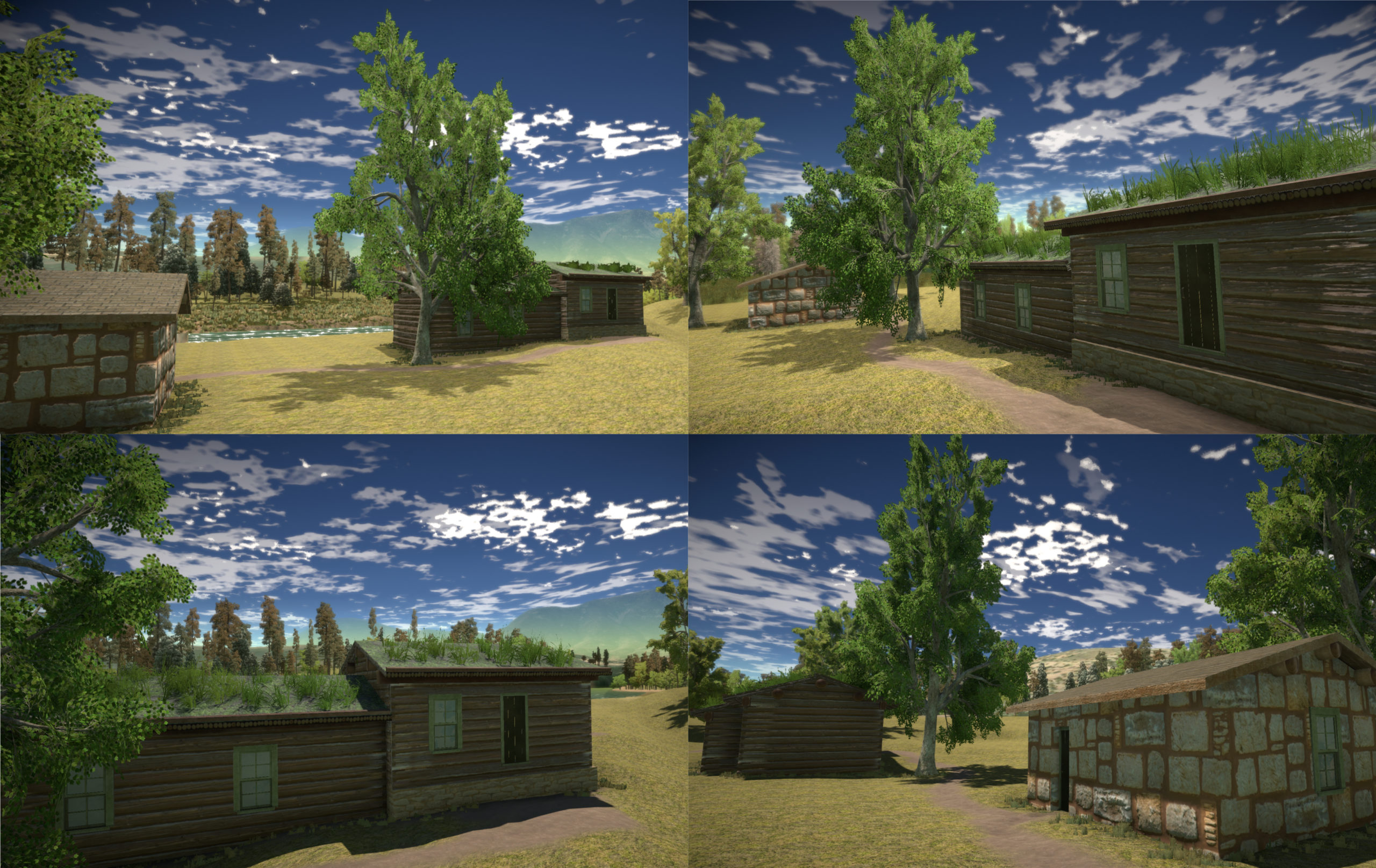